“Think carefully, speak truthfully, decide correctly, talk softly, act faithfully, live honestly, work diligently, behave properly. You are bound to succeed in any walk of life. You will enjoy peace of mind and happiness. You will have a pure conscience. You will enjoy inexhaustible spiritual wealth” ~ Sri Swami Sivananda

As the moon rises and appears in Durban tonight so it rises too on the island of Koh Yao Yai near Phuket Thailand. I think back in wonder about our amazing trip earlier this year and all that it took to get there. Also being blessed to spend and share that journey with an amazing human soul. The sunrises and sunsets (in photo) were breathtakingly serene on this island. 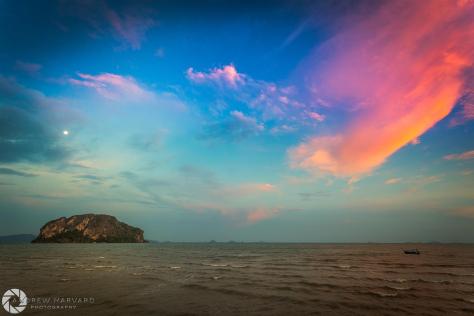 Bangkok street at around midnight near Soi Cowboy. 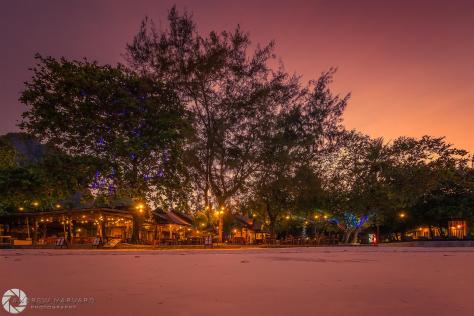 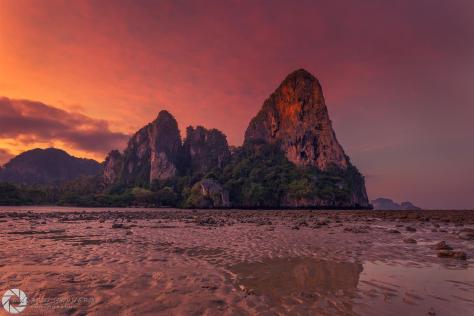 If your actions inspire others to dream more, learn more, do more and become more, you are a leader – John Quincy Adams

“Do not judge by appearances. A rich heart may be under a poor coat” – Scottish Proverb

Canon 6D, F11, 1/640 sec, ISO 640, handheld, sunrise. I blew out the sky and had to fiddle quite a bit to get something back instead of tossing the single RAW file. 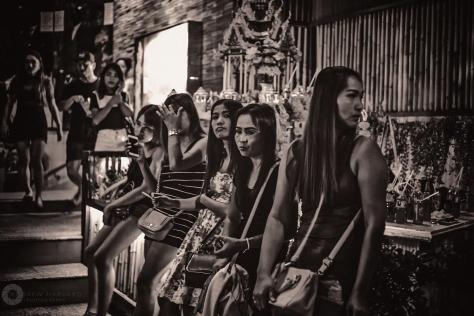 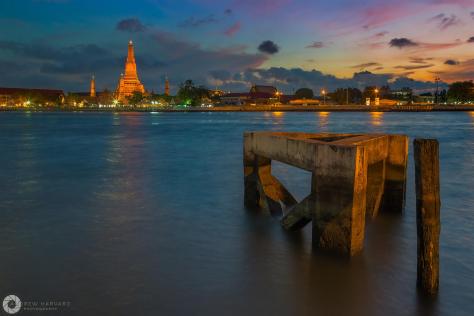 Wiki: “Wat Arun Ratchawararam Ratchawaramahawihan or Wat Arun (Thai pronunciation: [wát ʔarun], “Temple of Dawn”) is a Buddhist temple (wat) in Bangkok Yai district of Bangkok, Thailand, on the Thonburi west bank of the Chao Phraya River. The temple derives its name from the Hindu god Aruna,[1] often personified as the radiations of the rising sun. Wat Arun is among the best known of Thailand’s landmarks and the first light of the morning reflects off the surface of the temple with pearly iridescence.[2] Although the temple had existed since at least the seventeenth century, its distinctive prang (spires) were built in the early nineteenth century during the reign of King Rama II. A Buddhist temple had existed at the site of Wat Arun since the time of the Ayutthaya Kingdom. It was then known as Wat Makok, after the village of Bang Makok in which it was situated. (Makok is the Thai name for the Spondias pinnata plant) According to the historian Prince Damrong Rajanubhab, the temple was shown in French maps during the reign of King Narai (1656–1688). The temple was renamed Wat Chaeng by King Taksin when he established his new capital of Thonburi near the temple, following the fall of Ayutthaya.[3] It is believed that Taksin vowed to restore the temple after passing it at dawn. The temple enshrined the Emerald Buddha image before it was transferred to Wat Phra Kaew on the river’s eastern bank in 1785.[4] The temple was located in grounds of the royal palace during Taksin’s reign, before his successor, Rama I, moved the palace to the other side of the river.[2] It was abandoned, for a long period of time, until Rama II, who restored the temple and extended the pagoda to 70m.[2]”