Wishing all of you a splendid day with your fathers, children, partners, friends, or even one enjoying your own company.

We went looking for Vusumuzi, a lifeguard at Durban North Beach., but he was not there… no doubt already busy with the Standard Bank Ironman 70.3 Durban – good man! 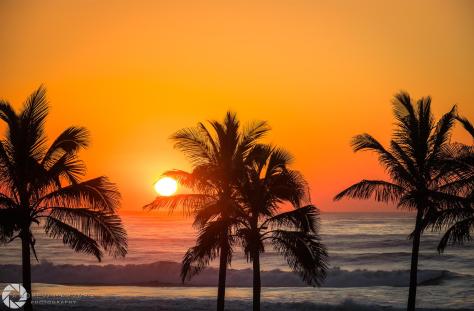 “I have always been delighted at the prospect of a new day, a fresh try, one more start, with perhaps a bit of magic waiting somewhere behind the morning” ~ J. B. Priestley

A summer sunrise in Durban (not this morning)

Dear Mother, I wish you a happy and splendid day and celebrate with you wholly in spirit. This photo is a present to you because without you I would not be here and have all the talents you gave me. More importantly, you always told me to never give up and never give up my inner self. I love you lots and lots, your dear son, Andy.

“You should never give up your inner self” ~ Clint Eastwood

I was going to post a quote on never giving up and that would have been appropriate as I had a nightmare trying to stitch the photo below.

But the quote above is so damn important I had to use it. Giving up on your inner self or letting another person slowly batter it into submission is inviting death (it’s a killer I promise: figuratively and sometimes literally).

I eventually got something going on the photo but then the one portion’s horizon was skew. Once I fixed that then I had blending exposure problems.. and so it went on.. from one issue to the next.

Even at the end I encountered a final problem that I could not resolve 100%. That might sound a little negative but it’s not. I practiced a new video tutorial on this photo plus two older ones. I also practiced another self-taught trick and did some cloning, spot removal and a few other things.

So ultimately this photo was a blessing that gave me a chance to practice many skills; I enjoyed myself and post this photo knowing there are some issues that I’m not happy with at all (I will tackle them on round 2 or 3 if need be).

This was my first serious seascape shoot (Sat 27-06-2015) in months and I have another 9 GB of photos from that morning. Some of them are great as is and I could easily post them within minutes, but that’s for another time.

This photo is called “Thompson’s Warm-Up” and it has got me into the right frame of mind for the rest of the photos.

View a previous post of this area of Durban here.

View a previous post of this area of Durban here. 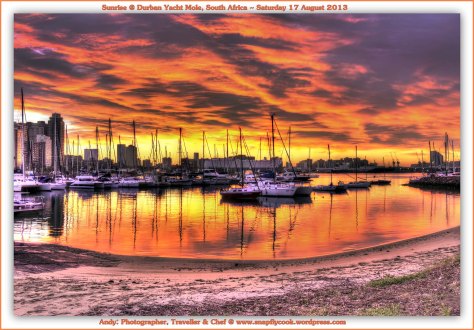 View a previous post of Durban via the link here.

My most successful WordPress blog post of all time is Thai Poosam Kavady.

It was viewed 549 times and liked by 49 bloggers over a lengthy period of seven (7) months.

I thought that was good until I posted my photo of Moyo at uShaka on the “I love Durban” Facebook page.

The photo went absolutely viral as far as my humble statistics go.

Since then and up until now, the photo has raked in 911 likes and 44 shares!

I am really feeling so honoured that they have used one of my photos as their profile photo and for all the likes and shares.

It makes the sitting for three hours straight sometimes trying to post-process one HDR photo feel like a holiday.

It confirms that my Canon 550D with the standard “poor” 18-55mm lens is a powerful tool.

It makes me glad I never bought a Nikon (joking 😉 ).

It makes my self-taught amateur photographer status mean something.

The post with the subject photo is due out on 23 August 2013, but it can be viewed here right now or glimpsed below.

It has an unnamed addendum “Why Durban confuses us”. 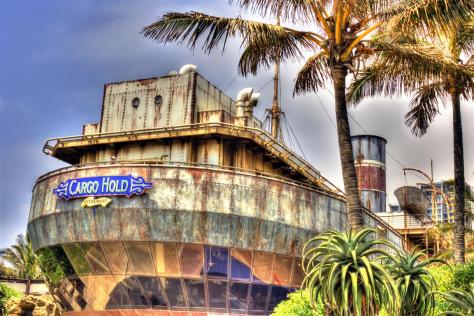 I previously threatened to let the “photos do the talking” about this series.

However, I am scratching my brain (head) about the old Addington Children’s Hospital shown above in two of the photos.

In November 2011 a local newspaper reported: “Reconstruction of the dilapidated historic KwaZulu-Natal Children’s Hospital is to start in January (2012) with an initial tranche of R50 million injected into the project by the provincial department of health”.

If you look at my photos (end of December 2012) above and the newspaper’s photo here (November 2011) you, like the blogger, may struggle to spot the difference the initial R50 million reconstruction has made in 11 months.

In addition, we have the “parent” hospital, a hundred metres away, also undergoing a refurbishment to the tune of R142 million and suffering problems of its own (while the patients struggle in less than favourable conditions – I visited a relative there a few weeks back).

In its day, it was a top Government Hospital – not the “Admin failure ruins health system” now reported by IOL.

While the architect’s envisioned result looks appealing, I believe that both hospitals would be better suited and positioned elsewhere.

I have a sneaking feeling that the underprivileged who use the parent hospital would have preferred something something “closer to home” in more ways than one.

I am not one to promote the rich & famous and their exclusive use areas, but having two hospitals looming over an area of spotless beachfront, that the City has refurbished a number of times in recent years, seems odd.

Both hospitals could surely have become hotels or fancy residences that would have further enhanced the area and helped its upliftment.

But what do I know, I am just a photographer and the promoters of both projects must have (should have) done their planning well and investigated all options to care for the interests of the City and its people.