I have driven through Stockville, west of Durban, a number of times.

Stockville Road, the “main road”, is a “back-road” between Gillits and Pinetown. It is very windy, narrow and littered with potholes.

One cannot help sensing the deep and rich history of the area. A school, old church and tea-room are scattered among smallholdings and some rustic dilapidated houses.

The photos I took do not lend much credibility to the information below and I will certainly need to visit again and get snapping.

The photos of plant equipment were taken on the edge of neighbouring Westmead, an industrial area, which I believe “swallowed-up” parts of Stockville, Motala Heights and Surprise Farm to come into existence. 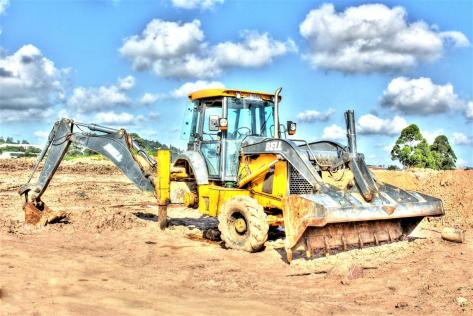 I was unable to find information specifically about the history of Stockville, however, did find a mention of Stockville and some of its nearby neighbours (Pinetown, Marianhill and Mariannridge) on the Ulwazi website as follows:

“Coloured people have lived in the Pinetown area from the time of the Voortrekkers. Many worked as wagon drivers, servants and craftsmen for the Trekkers from the Cape Colony.

After the Siege of the English Fort in Durban in 1842, a Hottentot driver led the wagon of an retreating Boer family which stopped at “Cowies Place” (Cowies Hill) for the night.  Mr Welch’s transport coach from Durban to Pietermaritzburg in the 1850’s, was often driven by a Coloured man, but the unnamed driver did not live in Pinetown.

From the turn of the century, a few families lived as tenants on Mariannhill land, and local children encountered great problems when they wanted to attend school. Children from well known Natal Coloured families attended St. Francis College, at Mariannhill Monastery as boarders. These included members of the Dunn, Ogle, Nunn and Fynn clans.

In 1910 the Le Blank family from Mauritius settled in Pinetown where Mr Le Blank Wallace worked as a plumber. Young Elizabeth Le Blank was born in 1930, where she grew up, married Mr Rose and remained in Pinetown. Here she played a major role in the improvement of life of the Coloured community.

The 1936 Pinetown population statistics registered 8 Coloureds, which had increased to 33 by 1946. Families preferred the low tenant rates on Mariannhill land beyond the boundaries of central Pinetown. Other families settled on Mr Govender’s land, between what is now Nagina and Dassenhoek.

A large community became tenants of Mr Desai at Umlaas where they lived a farming lifestyle. Among the early settlers families were Mr Couch, Mr Charles and later Mr Joe Louis Bennett. A list of Coloured tenants and land owners from different areas around Pinetown is attached in Appendix 1. All these residents moved to Mariannridge Township.

The Group Areas Act Proclamation 126 of April 1966, expropriated Mariannhill Mission land beyond the Umhlatuzana River, roughly from the Mariannhill Station to the Farm Stockville 1382, for a Coloured township.

An area called Kipi, with its settlement of African homes at Kipitown, under the leadership of Mr Bartle Dube, was within this area.

Displaced Africans were housed at KwaNdengezi across the Umlaas River and in 1968 the Pinetown Borough bought 1800 ha. of the area, for Phase 1 of the development of the Coloured Township of Mariannridge.

Placed on the ridge overlooking Mariannhill Monastery, Mariannridge was named because of it’s geographic location.” 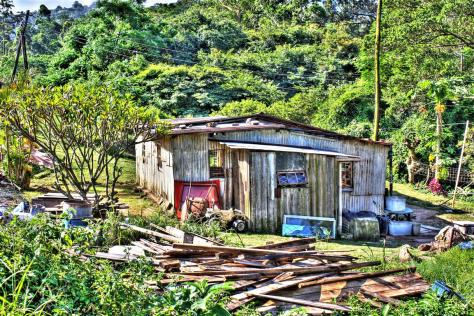 Further mention of Stockville was again found on Ulwazi in a section about St Wendolin’s:

“Father Francis Pfanner, an Austrian Trappist monk and his followers came to Natal in 1882 from the Cape. Two years of backbreaking work at Dunbrody in the Eastern Cape, had introduced the Trappist to the problems of spreading Christianity in Africa.

A member of the Land Colonization Company in Durban took Father Pfanner to see the farm Zeekoeigat (Hippo pool), 3 miles beyond the farming village of Pinetown. Zeekoeigat had fertile agricultural land straddling the Umhlatuzana River and a view of the Indian Ocean. One of the prominent hills was chosen as the site for a self sustaining monastery complex.

Father Franz bought the land and, his fellow Trappist monks arrived at the farm on 26th December, 1882. Klaarwater and Stockville two neighbouring farms were later purchased and, incorporated into the monastic lands. Named after the Virgin Mary and her mother St. Anne, the Trappist farm became known as Mariannhill.

The monks set to work erecting buildings, clearing land for farming and following the strict prayer routine of the Trappist Order. Mariannhill School was opened in 1883 and attracted Zulu children from the nearby homesteads.”